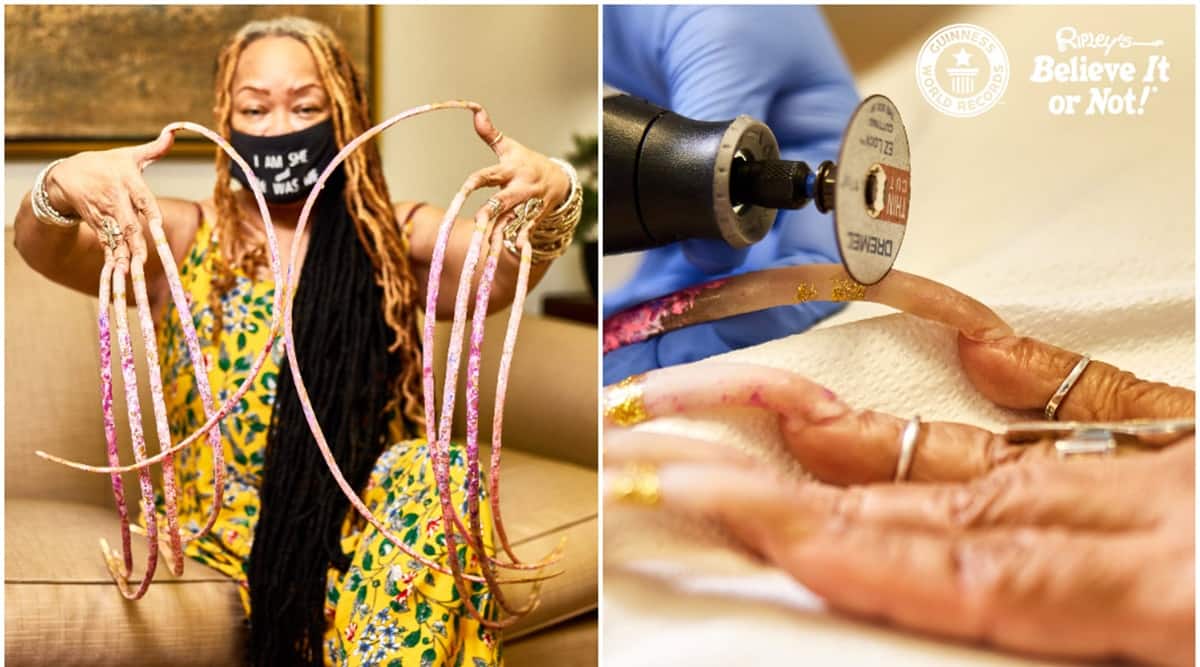 Famously known as the woman with the world’s longest fingernails, USA’s Houston-local Ayanna broke her own record for the longest fingernails on a pair of hands (female) with a new length of 733.55 cm (24 ft 0.7 in), since letting them grow from their initial confirmation in 2017.

Dr Allison Readinger of Trinity Vista Dermatology in Forth Worth, Texas (USA), used an electric rotary tool to cut the record holder’s lengthy nails after measuring them a final time, mentioned the website.

This is the first time she has cut her nails since the early 90s, which meant it was “an emotional, bitter-sweet goodbye”.

Ayanna was first officially recognized for her talons in 2017 and was one of the record-breaking stars to feature in Guinness World Records 2018.

As per the website, Ayanna faced day-to-day difficulties with her long nails, and was unable to do some activities like washing the dishes and putting sheets on the bed.

Now the fingernails will now be preserved and on display at the Ripley’s Believe It or Not! Museum in Orlando, Florida.

Although Ayanna’s most recent measurement broke her former record, the record for the longest fingernails on a pair of hands ever (female) still stands with Lee Redmond (USA), who started to grow them in 1979 and carefully manicured them to reach a total length of 8.65 m (28 ft 4.5 in).