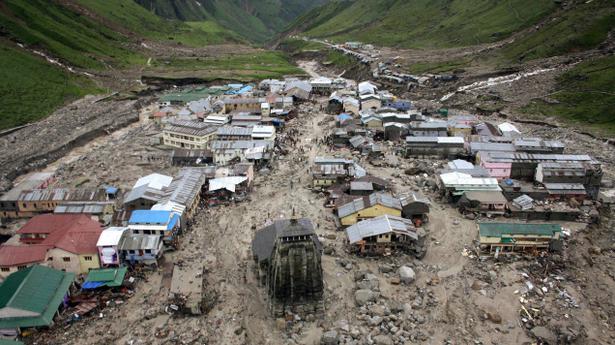 According to an official estimate, the tragedy left more than 4,000 people missing.

The Uttarakhand police dispatched 10 teams to Kedarnath on Wednesday in search of the thousands of people who went missing after the devastating deluge of June, 2013.

The teams will conduct their search for 10 days in different directions around the Himalayan temple for the victims of the tragedy who are still missing, Director General of Police (Law and Order) Ashok Kumar said.

Each team, led by a police sub-inspector and consisting of two police constables, two SDRF personnel and a pharmacist, fanned out in different directions of Gaurikund, near the temple, from Sonprayag after taking necessary instructions from Rudraprayag Superintendent of Police (SP) Navneet Singh, he said.

The pharmacists will take the DNA sample of any evidence related to the victims on the spot, the DGP said.

The search operation is being conducted on the orders of the Uttarakhand High Court. Equipped with sleeping bags, tents and wireless sets for exchanging information, the teams will search for the missing people with the help of Google map or the GPS system, the DGP said, adding that the operation will also be videographed.

Several such search operations for the missing people have been conducted by the police in the last seven years, which have led to the recovery of some skeletons or skeletal remains of disjointed body parts. Their DNA test results were sent to their families.

According to an official estimate, the tragedy left more than 4,000 people missing.