bbmp.gov.in The BBMP elections were scheduled to take place earlier this year as the council's term came to an end. Owing to the pandemic the...
Read more
Featured

A woman gets her finger inked before casting her vote at a polling station during the state assembly election in Hapur, in the central...
Read more
Featured 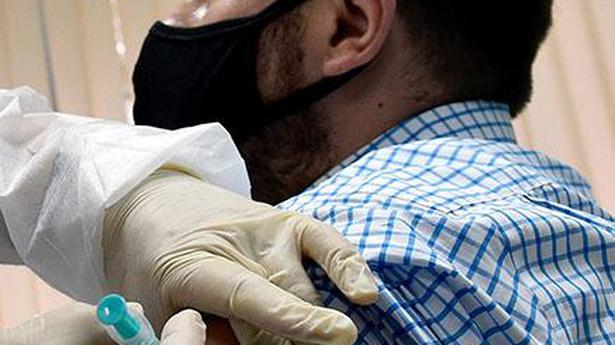 Russia’s sovereign wealth fund RDIF is in discussion with Indian firms to manufacture the COVID-19 vaccine Sputnik V that is currently undergoing trials.

“We would confirm that we are in talks with a number of Indian companies on Sputnik V manufacturing, but cannot disclose [their] names as yet,” a spokesperson for the Russian Direct Investment Fund (RDIF) said.

Responding to queries, after RDIF announced a partnership with Dr. Reddy’s for clinical trials and distribution of the vaccine in India, he said details of tie-ups with other companies would follow soon.

Under the partnership, Dr. Reddy’s has the right to buy the first 100 million doses of the vaccine, he said. On pricing of the vaccine, the spokesperson said the pricing was yet to be announced. “RDIF has said previously it was not aiming at making a profit, just covering costs,” he said.

Developed by Gamaleya National Research Institute of Epidemiology and Microbiology, Sputnik V is the world’s first registered vaccine against COVID-19 based on the human adenoviral vectors platform.

In August, the vaccine was registered by Russia’s Health Ministry and declared ready for use, it triggering a debate on its efficacy amid a rush to go through the clinical trials. Putting his weight behind, Russian President Vladimir Putin was quoted by international media as saying the vaccine underwent necessary tests and was proven efficient. One of his daughters was already inoculated, the President had said.

The partnership of RDIF with Dr. Reddy’s follows those involving many vaccine manufacturers in India, since the COVID-19 outbreak, with institutions both in India and abroad working on vaccine candidates for the virus.

The list includes Serum Institute of India, Bharat Biotech, Biological E, Aurobindo Pharma and Indian Immunologicals. For Dr.Reddy’s the partnership comes amid its acquisition earlier this year of select divisions of Wockhardt, including a manufacturing facility in Baddi, Himachal Pradesh. The business acquired included vaccines too.

Besides a big domestic market, India is a strong player globally in the field of vaccines. In FY20, vaccine exports amounted to $878.64 million, accounting for 4.27% of total pharma exports of $20.58 billion.

Its manufacturing prowess is evident from the fact that About 70% WHO vaccines and 90% of measles shots are sourced from India.