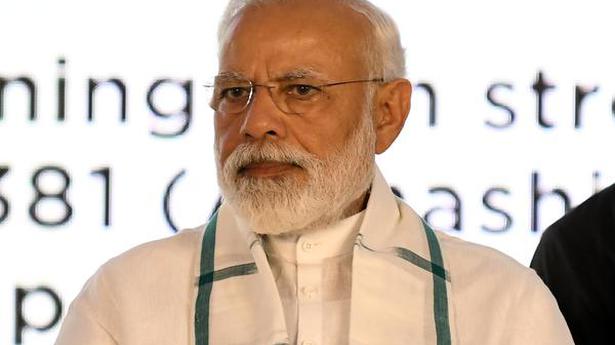 Prime Minister Narendra Modi on August 1 paid tributes to one of the icons of India’s freedom struggle Bal Gangadhar Tilak on his 100th death anniversary, saying his intellect, courage and idea of “swaraj” continue to inspire people.

Mr. Modi shared a brief video of one of his Mann ki Baat programmes in which he had referred to Tilak’s efforts to unite people against the British rule.

The Prime Minister recalled how Tilak evoked self-confidence among people and gave the slogan “Swaraj is our birthright and I shall have it”.

We have been keeping you up-to-date with information on the developments in India and the world that have a bearing on our health and wellbeing, our lives and livelihoods, during these difficult times. To enable wide dissemination of news that is in public interest, we have increased the number of articles that can be read free, and extended free trial periods. However, we have a request for those who can afford to subscribe: please do. As we fight disinformation and misinformation, and keep apace with the happenings, we need to commit greater resources to news gathering operations. We promise to deliver quality journalism that stays away from vested interest and political propaganda.

Committee set up to deliberate on minimum marriage age of women: Modi