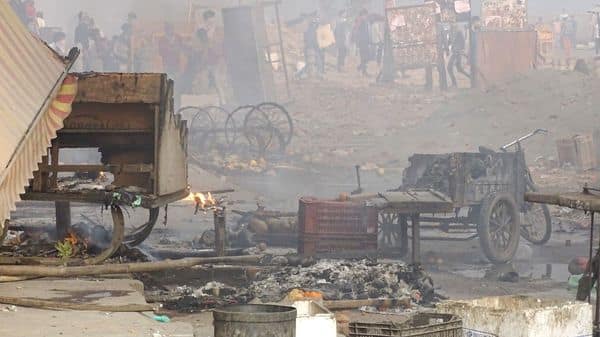 On a day when Prime Minister Narendra Modi was according a lavish welcome to US President Donald Trump in Ahmedabad, Delhi was on the boil. A pitched battle was taking place between champions of the Citizenship Amendment Act (CAA) and its opponents. On Monday, a constable and a civilian were killed in northeast Delhi, the site of the clashes, and 37 other cops were injured. This is deplorable and does India’s image no good when a foreign dignitary is visiting the country.

Agitators, especially women, have been on a dharna for more than two months at Shaheen Bagh to protest the CAA, which is seen by many as having baked religious discrimination into Indian law books. The violence took place elsewhere, though, in a locality that saw tensions rise after a leader at the fore of a pro-CAA procession reportedly issued an ultimatum asking anti-CAA crowds to clear the roads they had blocked. Such confrontations should not occur. People need to calm down. The question of whether a faith-based criterion for citizenship eligibility violates the country’s Constitution is for India’s Supreme Court to judge. Those on both sides of the divide must await its verdict.