Opinion | Pressures for a landmark peace deal in Manipur 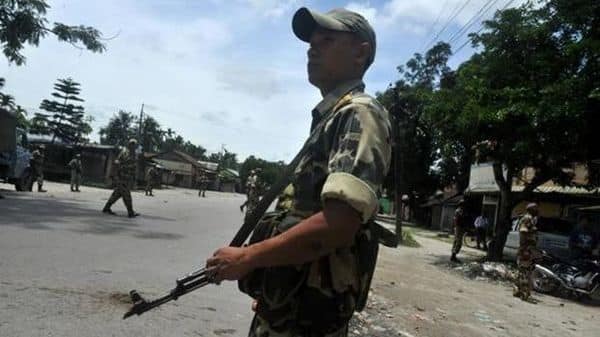 After examining fault lines of the quick-fix Bodo, or Boro, peace deal in late January and the dynamics of talking peace with factions of the United Liberation Front of Asom (ULFA), this week we address the conjoined matter of peace in Manipur and Nagaland.

CorCom was formed in 2012 as an expedient manoeuvre for survival, much like the rationale behind KYKL, which in English loosely expands to “Organization to save the revolutionary movement in Manipur”. CorCom, which operates largely in the lowlands of Imphal Valley with bases in the adjacent borderlands of India and Myanmar, allied with several other rebel splinters rooted in far-eastern India.

CorCom also received safe haven for cash and kind at the northwest Myanmar headquarters of what was then the second largest group of Naga rebels, the Khaplang faction of National Socialist Council of Nagalim, or NSCN-K. Elements of CorCom participated in attacks alongside K, against Indian security forces. Then in May 2016, forces of CorCom independently attacked an Assam Rifles convoy in Manipur’s hilly Chandel district, killing six troopers and injuring several. More attacks followed.

NSCN-K is now in disarray after attacks by Myanmar’s army. In the middle of this controlled chaos, a faction broke away on account of a leadership tussle—a matter keenly leveraged by Indian government agencies—walked across to India in 2018, and now forms part of peace talks with the government of India with seven other Naga rebel groups and factions. This pincer applied by the governments of India and Myanmar has led to speculation that expediency which led CorCom to band together for survival and conducting war could be applied to survival and conducting peace. Indeed, the head of a Manipuri non-government organization told me as far back as 2014 that he and others had urged CorCom to see the political and geopolitical writing on the wall, and remain together for leverage during negotiations.

This column recorded it at the time. The thought regained currency in 2019 when a former chairman of UNLF, R.K. Meghen, was released from jail in Guwahati on 9 November after serving his sentence. Two days later, he was flown to New Delhi under escort of India’s National Investigation Agency (NIA). There, he remained under official wraps for several weeks.

It was reminiscent of the cloak-and-dagger times in 2010 when Meghen suddenly appeared in Indian government custody after several decades underground. The BBC sourced information from senior Indian military and intelligence officials to claim Meghen was flown out from Dhaka in an Indian aircraft, courtesy of the friendly government of Prime Minister Sheikh Hasina. Indian government officials at first denied it, but after several weeks, put out that Meghen was arrested by an NIA team while crossing over to Bihar from Nepal. Similar modus attended the mysterious capture of several top members of ULFA now in peace talks with the Indian government. A top Bodo rebel leader, Ranjan Daimary, was released from jail in Guwahati just days before signing of the rushed Bodo peace deal. Daimary too was handed over to India by Bangladeshi authorities in 2010.

Meghen returned to Imphal to a hero’s welcome on 28 November 2019, after nearly three weeks in New Delhi’s evidently benign custody. Meghen, also known as Sana Yaima, spoke in a conciliatory manner. He spoke of remaining “with the people”.

Asked about implications of the ongoing Naga peace process, which from time to time has flown the kite of an integrated Naga homeland—Manipur is home to several Naga tribes—Meghen was quoted as saying by local media: “… I don’t think the Government of India will do anything to compromise the overall integrity of Manipur …”

This instant elder-statesperson of Manipur could, in this column’s opinion, emerge as a leading political figure, like rebel leader Laldenga who turned chief minister in Mizoram as a consequence of a landmark peace deal in 1986. Meghen’s presence in Manipur, and the great respect he is accorded, especially by the Meitei majority to which he belongs, could be a crucial factor in the near future. For politics and for peace.

This column focuses on conflict situations and the convergence of businesses and human rights and runs on Thursdays.

This story has been published from a wire agency feed without modifications to the text. Only the headline has been changed.