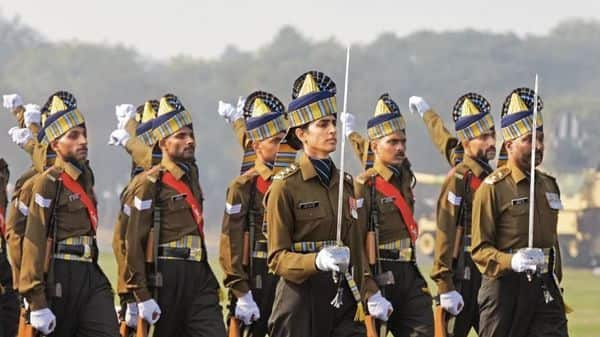 It has been a long time in the making. But, more than half a millennium after the execution of Joan of Arc for challenging a male monopoly on warfare in Europe, a century-and-a-half after India’s own Rani of Jhansi led troops into a battle for freedom, and some 40 years after the exploits of an outlaw called Phoolan Devi showed how a brave woman could lead a squad of armed men, the Supreme Court has ruled that there were no valid reasons for the Indian Army to keep its positions of command out of female reach. The judgement was partly in response to complaints filed by women officers barred from roles that involved the active direction of military resources. Recruited on a temporary basis, they must now be granted permanent commission if they so wish, and also be made eligible for the same promotions as their male counterparts. The top court’s Monday order extends a 2010 ruling of the Delhi high court that asked for permanent appointments of women in the Indian Army and Indian Air Force. Many were appointed after that, but typically not in combat units. They did not get leadership responsibilities that could have seen them ascend the hierarchy of power. Now that the court has intervened squarely in favour of gender equality, it is for the army to acknowledge the hollowness of the arguments advanced on its behalf by the government in its failed attempt to retain the status quo.

The government’s most obtuse submission in court was its reference to physiological aspects, which it claimed would limit the ability of women to perform well in roles of command. That such an assertion could be made at all is appalling. There is ample evidence that the required skill sets were gender-neutral. The equation of military abilities with physical masculinity draws upon false notions. It also reeks of sexism. The Centre’s resistance to women in command was also mounted on the assumptions that male soldiers were not ready to obey them, given the social milieu they’re from, and that the presence of females could have an adverse impact on group dynamics within army teams. Many men in uniform often argue that these considerations deserve careful consideration for entirely practical reasons. In the army, they say, nobody reaches a higher rank without going through the paces, and a commanding officer of a platoon must lead from the front—right into the field of battle, if need be. Soldiers who are culturally hardwired to shield women are unlikely to let a woman lead a charge in a truly dangerous situation, according to them. Also, they add, a lady at the helm could result in rivalry among men for her attention that could harm a unit’s solidarity. None of these points is convincing. Obtaining obedience is about discipline and training, which can be imparted to ensure that soldiers see a leader for what she is—a leader. As for the spirit of camaraderie, other professional teams have long shown gender as an irrelevant factor once everyone is imbued with a common sense of purpose. There is no reason this will not happen in the army.

The qualms that men in the army are said to have about women commanders can surely be overcome. What cannot be cast aside under any circumstance is the right of every woman to pursue a career of her choice and reach the top. Equality is a constitutional guarantee. And, as army chief General M.M. Naravane recently declared, the armed forces owe their allegiance to the Constitution.