Olympics will not be cancelled: Tokyo governor 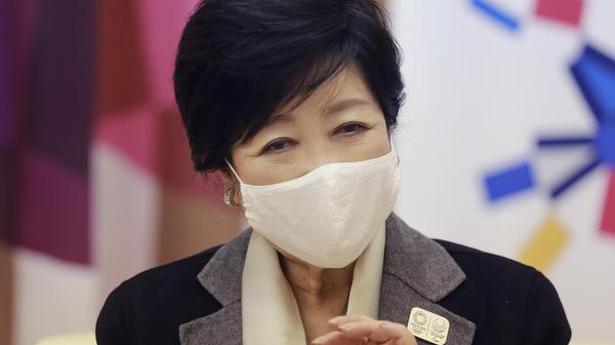 Tokyo governor can see “no circumstances” under which the virus-postponed 2020 Olympics will be cancelled, despite rising COVID-19 infections in Japan and continued public scepticism.

Yuriko Koike warned on Tuesday that the fate of the Tokyo Games would impact future Olympic events, including the 2022 Winter Games in Beijing and 2024 Summer Games in Paris.

She acknowledged that a majority of the Japanese public now opposes hosting the Games next year, but said she was convinced those concerns could be overcome.

“The Japanese public and Tokyo residents are looking at the current conditions,” Koike said. “We are preparing for the future.”

A further postponement has been ruled out by Olympic and Japanese officials and Koike said “there are no circumstances” under which she could envisage the Games being cancelled.

“Citizens of the world are seeing the Tokyo Games as a symbol that humanity will have defeated the coronavirus, that will lead to the Beijing Winter Games and then the Paris Games after that,” she said.

“Unless Tokyo takes full efforts against the coronavirus, then what will happen to Paris four years from now?” she said. “I think we have to make Tokyo a success first, otherwise it will leave a serious impact on Paris.”

But domestic opinion appears at odds with the confident tones sounded by Japanese officials and organisers.

A poll released on Tuesday by national broadcaster NHK found just 27% of respondents support holding the Games next year, with 32% backing cancellation and 31% favouring a further postponement.

Koike said she believed that would change, pointing to the extensive virus counter-measures that have been drafted by the government, Tokyo and Olympic organisers.

“I am convinced that people will come to see hope again, once coronavirus measures are firmly implemented,” she said.