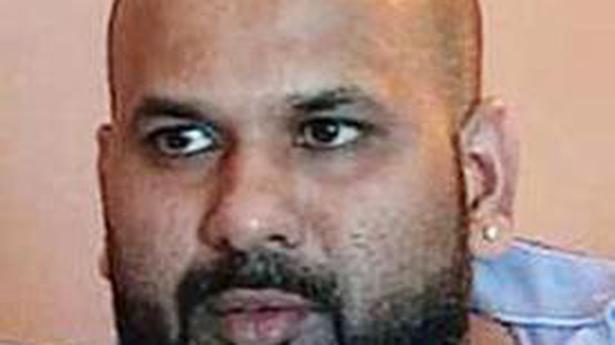 “The chargesheet runs into 345 pages. Four witnesses were examined and their statements are included in the chargesheet, along with the DNA report of the complainant’s son,” Dayanand Bangar, senior officer in the Oshiwara Police Station, told The Hindu.

A 30-year-old woman had accused Mr. Kodiyeri of cheating her and coercing her into a long-term relationship on the promise of marriage.

She said they had a child from the union and that Mr. Kodiyeri had abandoned them in 2018 and said he would not be able to provide maintenance.

He has been charged under sections 376 (punishment for rape), 420 (cheating and dishonestly inducing delivery of property) and 506 (punishment for criminal intimidation) of the Indian Penal Code.

On July 3, 2019, the Dindoshi sessions court had granted him anticipatory bail and directed him to submit his blood sample to Oshiwara police station for a paternity test.

Mr. Kodiyeri had to pay ₹25,000 as personal bond and for one or two sureties of a similar amount.

Judge M.H. Shaikh had directed him to be present before the Oshiwara police station every Monday for a month between 10 a.m. and 1 p.m.

The anticipatory bail conditions were that Mr. Kodiyeri would not threaten the prosecution witnesses and not tamper with prosecution evidence. He would not leave the country without the prior permission of the trial court and would attend investigation whenever the investigation officer called him.

“The chargesheet has been filed by the police before the Andheri magistrate court, but we haven’t received it,” Advocate A.Z. Mookhtiar, representing the complainant, told The Hindu. “We will apply for a copy. The court will take cognisance of it and the matter will then be sent to Dindoshi sessions court.”