Rajnikanth’s political agenda to be revealed on Nov 30; superstar to host meeting 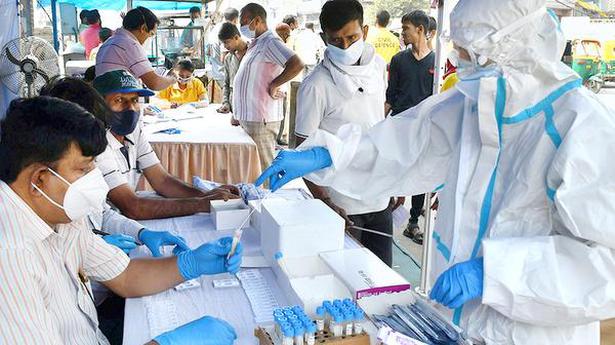 Foreign direct investment (FDI) inflows into India in the first five months of 2020-21 have hit a record high, despite a sharp 60% contraction in the first quarter, with July and August raking in over $20 billion of equity FDI.

Prime Minister Narendra Modi, in his address to the nation on October 20 asked citizens not to lower their guard in the fight against the novel coronavirus [COVID-19] during the festive season as the virus is still around even though restrictions have been eased.

The Indian Council of Medical Research (ICMR) on Tuesday called for sustained caution against COVID-19 and pointed out that any negligence could lead to reinfection.

Amazon.com Inc on Tuesday told employees whose work can be done from home that they can do so until June, extending the timeline on a return to office due to the COVID-19 pandemic.

The UN High Commissioner for Human Rights (UNHCHR) Michelle Bachelet on Tuesday appealed to the Government of India to review the Foreign Contribution (Regulation) Act and its compliance with international human rights norms, and regretted that it was being “used to deter or punish NGOs for human rights reporting”.

“Ka kiye ho [What have you done?]”- the Congress’s video song for the Bihar Assembly elections released on Friday last, comprising haunting images of migrant workers heading back home after the nation-wide COVID-19 lockdown was announced, seems to be a part of a clear strategy to tap migrant workers’ ‘anger’.

China on Tuesday asked India to approach ties with Taiwan “prudently and properly” and said it would “firmly oppose” any official exchanges between New Delhi and Taipei.

U.S. Deputy Secretary of State Stephen Biegun has said that eventually the Quad group of countries — India, the U.S., Japan and Australia — should become more formalised once the parameters of cooperation were understood. His statement comes days after the Defence Ministry announced that Australia will join the other three Quad countries in the Malabar naval exercises, three years after it had requested to participate in the exercise.

A recommendation by the Finance Ministry to divest the Dehradun-based Wildlife Institute of India (WII) of its status as an autonomous body of the Ministry of Environment, Forests and Climate Change has triggered anxiety among scientists at the organisation.

The Army has significantly improved its electronic surveillance along the Line of Control (LoC) to check infiltration, and work on converting the existing border fence into a smart fence integrated with several sensors is under way, several officers have said.

The Feluda test, a coronavirus detection test developed by the Council of Scientific and Industrial Research (CSIR) and to be commercialised by Tata Sons, will be commercially available in laboratories this month.

Has the Centre underestimated Punjab farmers?

We are providing sipper, straw to Stan Swamy: Jail authorities