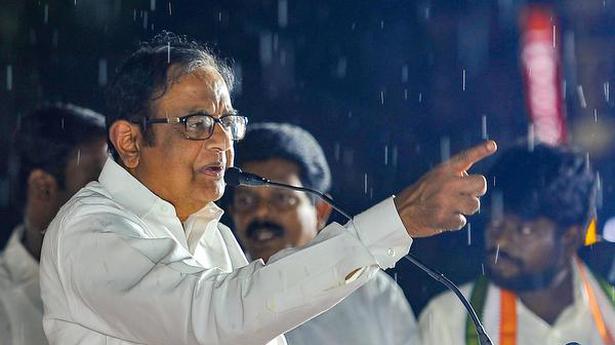 Senior Congress leader P. Chidambaram backed People’s Democratic Party President Mehbooba Mufti’s decision to reject the offer extended by the Jammu and Kashmir government to release her on the condition that she will not speak against abrogation of Article 370.

Ms. Mufti is the only top J&K mainstream leader who remains behind bars under the stringent Public Safety Act. Her detention was on Friday extended by three months by the J&K administration for the second time.

Watch: | How Kashmir’s Special Status and Article 370 are being changed

In a series of tweets, Mr. Chidambaram said that the extension of Ms. Mufti’s detention under PSA was an abuse of law and an assault on Constitutional rights guaranteed to every citizen. He asked how a 61-year-old former Chief Minister, a protected person under security guard round the clock, could be a threat to public safety.

“She rightly rejected the offer to release her on conditions which any self-respecting political leader would refuse. One of the reasons given for her detention — the colour of her party’s flag — was laughable,” Mr. Chidambaram said.

He called for a collective campaign to free Ms. Mufti.