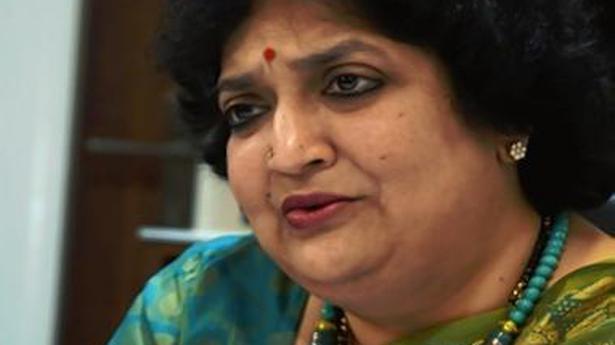 The Madras High Court on Monday warned Sree Raghavendra Educational Society, represented by its secretary Latha Rajinikanth, of being subjected to contempt of court proceedings if it does not vacate by April 30, 2021 the rented premises where The Ashram school was being run by it here. The court also restrained the society from admitting students at the rented premises from the academic year 2021-22.

Justice N. Sathish Kumar passed the order on an application preferred by the society to extend the time for vacating the property till April 2021. The applicant’s counsel S. Elambharathi told the court that though the society and the landlords had entered into a compromise in August 3, 2018 and it was agreed to vacate the premises by April 30, 2020, the deadline could not be adhered to by the society due to COVID-19.

He also said the monthly rent had been paid promptly to the landlords and that the Tax Deducted at Source (TDS) had also been remitted to the Income Tax Department. After recording his submission, the judge said the society should strictly adhere to the final deadline of April 30, 2021 for vacating the property and make sure that the school shifts to some other location after taking away all its belongings.

The application seeking extension of time was preferred as part of a civil suit that the landlords Ch. Venkateswarlu, Ch. Poornachandra Rao and others had filed in the High Court in 2014 for recovery of ₹1.99 crore of alleged rental dues till March 2013, along with interest at the rate of 18% per annum. The suit also sought for eviction and included actor Rajinikanth, too, as a defendant by claiming him to be the founder trustee of the society.

However, when it was brought to his notice that Mr. Rajinikanth was in no way connected to the society, Justice Kumar struck down the actor’s name from the suit. He, however, decreed the suit against the society, represented by Ms. Rajinikanth, on August 3, 2018 on the basis of the compromise reached between the parties. According to the compromise memo, the society agreed to pay monthly rent of ₹8 lakh, inclusive of TDS. The society, further, agreed to vacate the property by April 30, 2020 and hand over vacant possession to the landlords.

In view of the compromise, the judge rejected the first prayer for recovery of alleged rental dues and decreed the suit only with respect to eviction. Nevertheless, since the school had to be shut down due to COVID-19 since March this year and had to conduct classes only online, the society had moved the court now seeking extension of time.