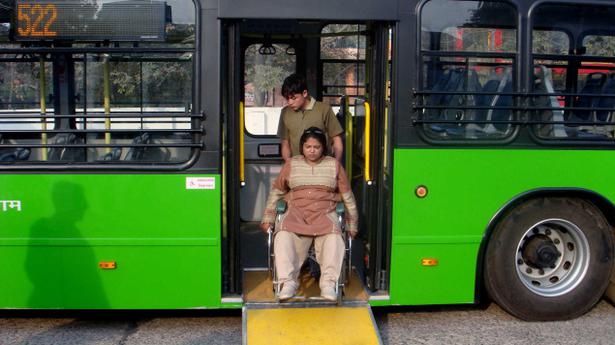 The Madras High Court on Tuesday recommenced hearing an old batch of public interest litigation petitions aimed at making all public buildings in the State as well as transport facilities such as buses and trains easily accessible for the differently abled.

The orders were passed after senior counsel E. Om Prakash and advocate T. Mohan, who had been appointed as an amicus curiae, informed the court that nothing had transpired in the matter since 2018 when government authorities stopped filing periodical reports.

The advocates brought it to the notice of the court that things began to move at the official level when the court pursued the matter seriously in 2015 and 2016. Thereafter, the government authorities were reporting to the court periodically.

However, there was sudden slack and nothing much moved forward, they complained. They also informed that around 60% of public buildings alone had been made disabled friendly so far and that a lot more had to be done on the part of the government.

Mr. Mohan insisted that even the Southern Railway should be directed to file a report on steps taken by it to make its stations and trains friendly for the differently abled.