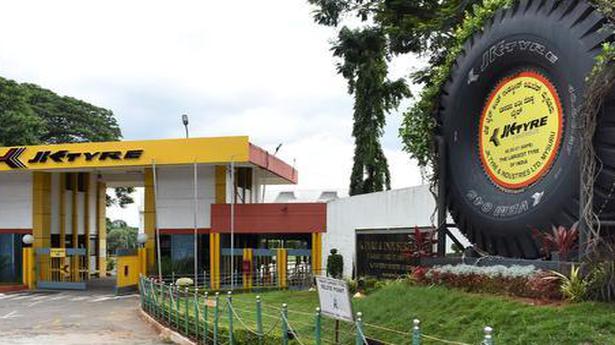 JK Tyres and Industries, one of the leading tyre manufacturers in the country, has suspended operations at its facilities in Mysuru after more than 70 employees tested positive for COVID-19 during the last one week.

The company, meanwhile, has tied up with Apollo BGS and JSS Hospitals in Mysuru to test all its 6,500 employees. “We are carrying out rapid tests on the employees on the company premises since the last one week. So far, more than 70 employees have tested positive”, a medical professional engaged in carrying out the tests told The Hindu.

D.K. Lingaraju, Joint Director of District Industries Centre (DIC), Mysuru, said the tyre manufacturer, which had already tied up with private hospitals for testing and treatment of its employees, had suspended operations at all its three branches in Mysuru for three days.

Though most of the employees testing positive were asymptomatic and had been advised home quarantine as per the revised government guidelines, the private hospital had arranged a hotel resort in the city to isolate patients needing heightened medical care and attention. Company sources said the employees were being advised to make use of their medical insurance as the guidelines issued by the Insurance Regulatory and Development Authority of India (IRDAI) had made it clear that hospitalised treatment for COVID-19 will be covered under the policies.

Mr. Lingaraju said the family members of the employees and their other primary contacts will be screened and tested.

The company premises will be sealed down for three days and continuous sanitisation of the units was underway. As per the present guidelines of Union Ministry of Health and Family Welfare, there is no need for indefinite closure of industrial establishments. “Instead of closing the factories for many days, the infected production area will be sealed down for two to three days and sanitised while the employees working in the unit will be quarantined”, he said.