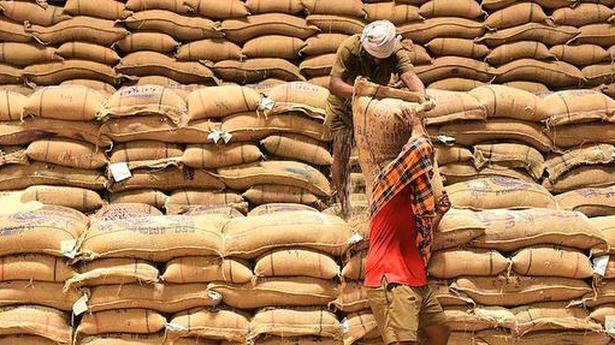 All States now part of borrowing plan, to receive portion of GST dues for this year

Jharkhand has accepted the alternative offered by the Centre to meet part of the GST compensation shortfall through a special borrowing window, the Finance Ministry said on Saturday.

With Jharkhand’s acquiescence to the Centre’s proposed solution, all States and Union Territories have now excercised the option to receive part of their GST implementation dues for this year. The Centre had offered States the option of borrowing ₹1.1 lakh crore out of the estimated ₹2.35 lakh crore shortfall in compensation dues payable to States for this year. After initially asking States to undertake the borrowings themselves, the Centre had later offered to borrow on States’ behalf and lend it onwards. Over the past two weeks, most of the States that had had reservations with the Centre’s proposed arrangement, including Kerala, West Bengal and Punjab, had communicated their acceptance of Option-1. On Thursday, Chhattisgarh also came on board.

So far, ₹30,000 crore has been raised in five instalments through the special borrowing window operationalised late October.

“Now the State of Jharkhand will also receive funds raised through this window starting from the next round of borrowing.The next instalment of ₹6,000 crore will be released to the States/UTs on December 7,” the Ministry said in a statement. Jharkhand will get ₹1,689 crore to meet the GST shortfall, with permission to borrow an additional ₹1,765 crore. All repayments for these special borrowings will be made from future collections of GST cess, whose validity has been extended beyond the originally envisaged sunset date of June 2022.

The States accepting the Centre’s formulation for resolving the GST compensation dues for this year, are also entitled to get unconditional permission to borrow 0.5% of Gross State Domestic Product (GSDP).