India must not cast anchor in ‘Enrica Lexie’ 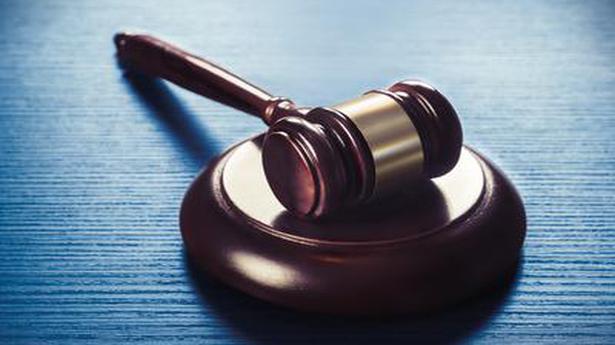 Italy has achieved its basic objective in the Enrica Lexie-St. Antony matter . All through this sorry saga, it wanted its two marines, Massimiliano Latorre and Salvatore Girone, to stand trial for killing two Indian fishermen, Ajeesh Pink and Valentine Jelastine, not in India but in Italy. The marines were part of a security contingent on the Enrica Lexie, an Italian commercial oil tanker while Pink and Valentine were on the Indian fishing boat, St. Antony. The incident took place on February 15, 2012, in India’s Contiguous Zone, 20.5 nautical miles off the Kerala coast.

The operative part of the Annex VII arbitral tribunal’s decision, made public last week, on July 2, 2020, gave Italy full satisfaction on this crucial point although in a split 3-2 verdict, and on shaky grounds. The tribunal, established by the International Tribunal for the Law of the Sea (ITLOS) under the provisions of the United Nations Convention on the Law of the Sea (UNCLOS), held that the marines were “entitled to immunity in relation to the acts that they committed during the incident of 15 February, 2012, and that India is precluded from exercising its jurisdiction over the Marines”. India had opposed Italy’s request for an arbitral tribunal but ITLOS ruled in Italy’s favour.

ITLOS had asked both countries to “suspend all court proceedings” and “refrain from initiating new ones” that may “aggravate the dispute” or prevent the implementation of the Arbitral Tribunal’s decision. Accordingly, the judicial proceedings against the Italian marines in India were suspended. In May 2016, the Supreme Court of India allowed Girone who was on bail in India to return to Italy pending the decision of the Tribunal; Lattore was already there because of medical reasons.

Italy will now continue with the case it had registered against Lattore and Girone. It is highly unlikely though that any Italian court will convict Lattore and Girone for Pink and Valentine’s unjustified killing. The reported humanitarian assistance that the Italian authorities gave their families can never be taken as justice for the lives snuffed out by two trigger-happy members of the Italian armed forces who, without any justification, considered the fishing boat to be a pirate skiff.

Only the operative portion of the tribunal’s award is available till now. The detailed award is being scrutinised by India and Italy for redactions of those portions either country feels are confidential, and therefore cannot be publicly disclosed. Besides, the tribunal’s hearing, except for the opening statements of the two countries’ agents, was held confidentially. It is unlikely then that Italy would allow facts prejudicial to its version to be made open. The legal points on the jurisdiction of the two countries to try the marines and the immunity issue should become available hopefully somewhat soon. They would enable a full assessment to be made of the reasoning adopted by the majority to reach its conclusions on these important issues.

The Ministry of External Affairs statement on the award notes “The Tribunal observed that India and Italy had concurrent jurisdiction over the incident and a valid legal basis to institute criminal proceedings against the marines.” Prima facie then the tribunal should have allowed the case to continue in India for the victims were Indians and the Enrica Lexie came voluntarily to India and after investigations a case was lodged against Lattore and Girone. It is noteworthy that the tribunal did not accept Italy’s charge that India brought the Italian oil tanker by a ruse to Kochi. Clearly, however, the tribunal majority found a way to ensure that the case should continue in Italy by agreeing with the Italian plea that the marines had immunity for they were state officials.

India’s stand that UNCLOS is not concerned with issues relating to immunity was strong. Immunity of state officials has to be governed by specific multilateral or bilateral treaties or agreements. It should not be tangentially brought in to settle issues of jurisdiction. Besides, even if Italian marines are considered as state officials, they were deployed on an Italian commercial vessel. Italy did so unilaterally without the cover of any multilateral or bilateral arrangement. There is no convention that such persons as the marines in such cases are immune from local criminal jurisdiction; only heads of states, heads of governments and foreign ministers customarily enjoy immunity abroad apart from accredited diplomats who are covered by the Vienna Convention.

Thus, the tribunal’s decision on the marines’ immunity sets a dangerous precedent. Countries may now be tempted to enact specific laws to give immunity to their military and para-military personnel and others by declaring them state officials and thereafter place them on different kinds of commercial craft and use them for adventurous purposes. This can lead to an increase in tensions generally and especially between inimical states, and more so if there are problems relating to fishermen between contiguous states.

Also read | A case of a maritime presence adrift

New Delhi must be focused

India can take satisfaction that the tribunal found that by firing on the St. Antony, Italy was guilty of “violating India’s freedom and right of navigation”. Consequently, it held that “India is entitled to payment of compensation in connection with loss of life, physical harm, material damage to property and moral harm” perpetrated by Italy. Now it is incumbent on the government to ensure that Italy is made to pay fully for the loss of life and the suffering it has caused in this matter. Any lapse on this count will be inexcusable. Considerations of good relations with Italy or with the European Union (EU) which had stood beside Italy throughout this matter should not be allowed to influence these specific negotiations.

Also read | The Hindu’s coverage of the Italian Marines issue

The government should also ensure that it closely monitors the case proceedings in the Italian court against Lattore and Girone. This is notwithstanding, as mentioned earlier, that Italy would be inclined to only go through the motions of a fair trial. The government should instruct the Embassy in Rome that a diplomat should always be present during court proceedings. It should not accept Italy’s pleas that this would not be possible when confidential information is being presented before the court. If the Italians had gone to the extreme in supporting the marines, India must not show any laxity in securing justice for Pink and Valentine even in an Italian court.

For executive and judiciary

This is also a time for the executive and judicial branches of the Indian state to introspect on how they handled the whole affair politically, diplomatically and legally. A number of questions arise. Some of these are: Was it prudent to appoint the National Investigation Agency to handle the case after the Supreme Court had ordered for a special court to be set up to try the marines? Should virtually terrorism charges have been levelled against the marines only to be dropped later? Should the Supreme Court not have decided the jurisdiction and immunity issues ab initio instead of leaving them open? Should not have ways been found to counter Italy causing deliberate delays to thwart the trial from commencing? This is especially important, for it used these delays to build sympathy for the marines in the EU.

As a good international citizen, India has accepted the tribunal’s award. Now it must ensure that Italy fully honours it. The matter remains open.

Vivek Katju is a former diplomat