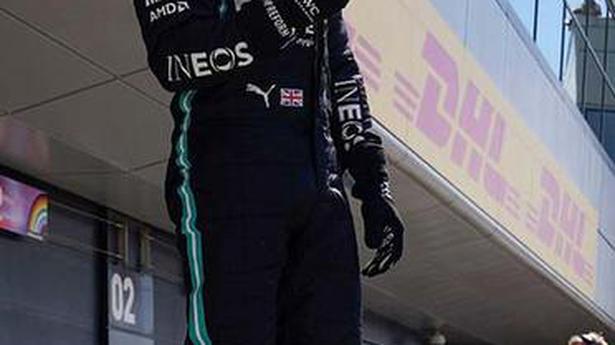 Hamilton, who seeks a record-increasing seventh Silverstone victory, finished ahead of Mercedes teammate Valtteri Bottas by more than three-tenths of a second.

The defending six-time champion and current series leader bounced back from a ragged performance, including a spin, in the first parts of qualifying to claim his 65th pole with Mercedes and the record-increasing 91st of his career.

It was also a record eighth successive Mercedes pole success in Britain on a day when it was clear of the nearest rival Red Bull by a full second, Max Verstappen taking third place on the grid ahead of Ferrari’s Charles Leclerc and Lando Norris in his McLaren.