Idukki landslide rescue operationsTwitter Kerala has been reeling under the wrath of the monsoon in 2020. The rains are not the only issue that the...
Read more 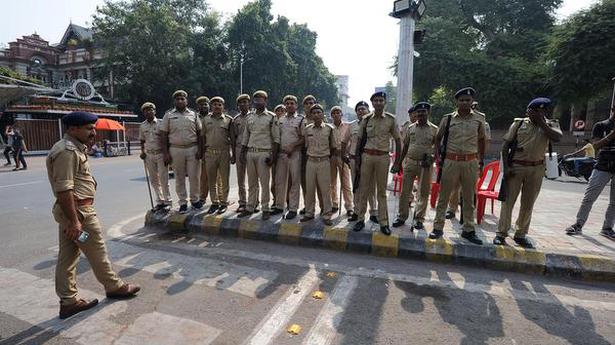 A day after the appointment of Ahmedabad Police Commissioner Ashish Bhartiya as DGP of the State, the Gujarat government late on Friday night carried out a large-scale reshuffle in the State police set up by appointing new police chiefs in three cities: Ahmedabad, Surat and Vadodara.

A 1987 batch IPS Sanjay Srivastava, who was recently promoted to the DG rank, has been appointed as new Police Commissioner of Ahmedabad. Mr. Srivastava is currently posted as DG of State intelligence and CID (crime).

Incumbent Police Commissioner of Surat R.B. Brahmbhatt has been shifted to Vadodara as Commissioner in place of Anupam Singh Gahlaut, a 1997 batch IPS, who has been brought to the State capital Gandhinagar as Inspector General (IG) of State intelligence.

The transfer orders issued on Friday late night include as many as 74 IPS officers in the State. Besides top cops in the three cities, around a dozen SPs of different districts have been reshuffled.

Also included in the transfers are range IG of Vadodara, Ahmedabad, Gandhinagar and border range Kutch.

Will not be ‘zero year’, hopeful of conducting exams: Officials to Parliamentary panel

Govt to roll out more steps to attract investment in defence manufacturing: Rajnath