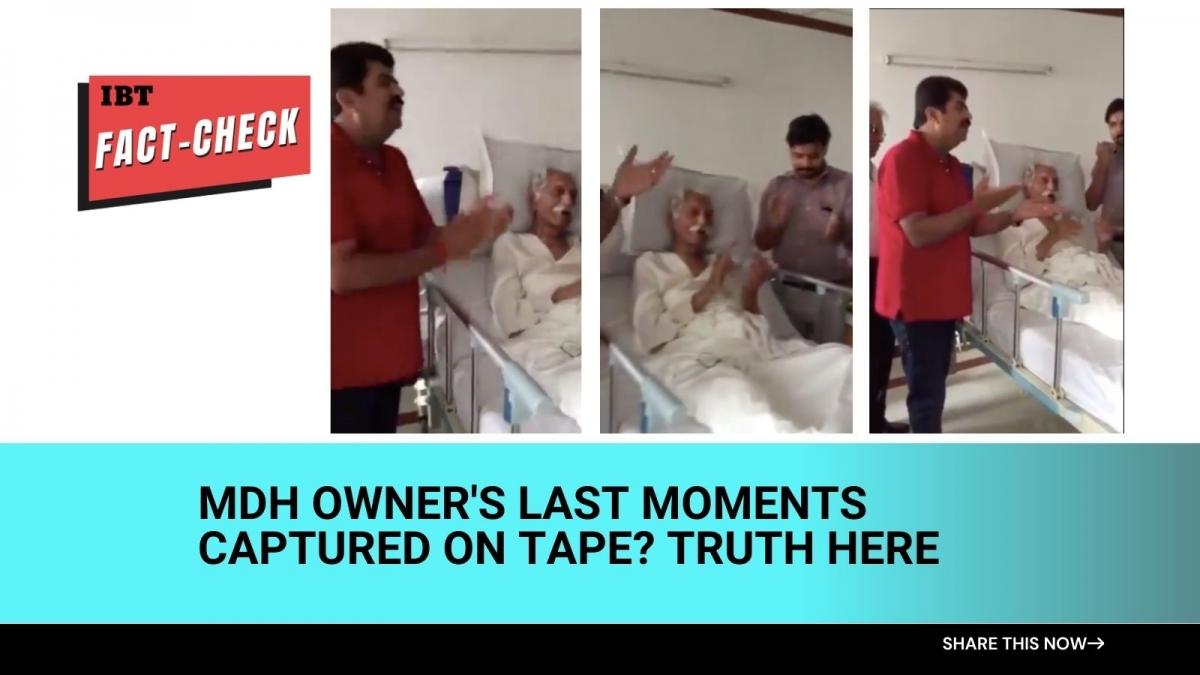 Mahashay Dharampal Gulati, the ‘King of Spices’ and owner of MDH group, died at a hospital in Delhi on December 3. People have been pouring condolences on the death of “Masala King” and sharing their favorite memories attached to the household spice brand name. Interestingly, a video of Gulati’s last moments has gone viral on social media and shared widely by some verified handles.

The viral video of Mahashay Dharampal Gulati shows the King of Spices in a hospital bed. A person standing near him is singing the famous patriotic song “Preet Jahan Ki Reet Sada” and is encouraged by others clapping to the tune. The heartwarming moment is when Dharampal is seen enjoying and humming to the tune of the song.

The video was shared on Twitter and other social media platforms saying these were the last moments of Dharampal Gulati. Filmmaker Vivek Agnihotri shared the video saying: “Most overwhelming video you can see today. Even in his last breaths owner of MDH masale Swargiya Dharampal ji’s heart was beating for India. I hope this will inspire you.”

Most overwhelming video you can see today. Even in his last breaths owner of MDH masale Swargiya Dharampal ji’s heart was beating for India. I hope this will inspire you. pic.twitter.com/KmRqS0EpOC

The video was originally tweeted by ABP News journalist but later clarified saying the video is old. Regardless, the video tweet went viral and netizens hearts were filled with pride upon seeing the iconic figure in such a jolly state.

ABP journalist who had originally shared the video on Twitter clarified that the video is an old one and not his last moments. Furthermore, a Quint report confirmed that the person singing the song in the video, Rakesh Ahuja, clarified the video was from September-October 2019.

“The viral video is from September-October 2019. Mahashay Dharampalji had fallen down, so I had gone to meet him in the hospital and that’s when I sang a song for him. We have close family relations with him. He had asked me to sing this song and even the doctors said that we have to make him energetic.” Ahuja was quoted as saying by Quint.

The video was reportedly shot in Mata Chanan Devi Hospital in New Delhi. But it is not exactly clear when the video was shot but it is definitely not from his last moments.