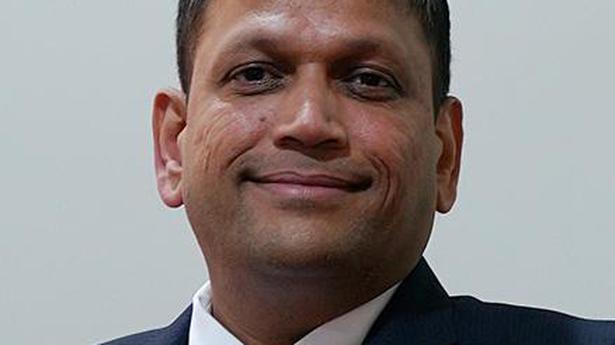 Hexaware Technologies Ltd. has seen improved collection of dues from clients amid the pandemic — a time when businesses typically tend to conserve cash and not pay outstanding dues.

“Our days outstanding of sales (DSO) has actually came down by five days.” CEO and ED R. Srikrishna told The Hindu.

The total DSO stood at 77 days for the quarter ended June compared with 82 for the three months prior. The figure is a measure of the average number of days that a firm takes to collect payment after a sale has been made. In comparison, industry bellwether Infosys saw a slight worsening of DSO metrics, from 69 days for the March quarter to 71 in the subsequent quarter. Tech services major Wipro said, “We have a robust business model and a good governance on working capital. While the pandemic has enhanced credit risk in the environment, overall we have done well. Our free cash flows at 157.5% of the net income for Q1’21 and our DSO improved by about two days both quarter-on-quarter and year-on-year.”

“We thought this [DSO] was actually going to go up quite a bit. So, we put a lot of focus and effort on it,” said Mr. Srikrishna, adding he had not anticipated the number coming down. “But we did not in our wildest dreams imagine that it would come down.”

This could be a reflection of many businesses in the U.S. getting reimbursed for some payroll costs apart from the government giving out special additional unemployment benefits, he said.“So there is quite some cash floating around in the economy. Bank deposits have gone up, not down,” said Mr. Srikrishna.

Significantly, the firm’s cash and cash equivalents more than doubled to ₹886 crore at the end of June from ₹441 crore in March. With the accumulation of cash, Hexaware was able to announce two interim dividends in under two months.

“At the beginning of the June quarter, we said we were not announcing a dividend because we wanted to conserve cash,” Mr. Srikrishna said. “The quarter-on-quarter collections were so good that we came out with two interim dividends.” The firm announced a 150% interim dividend of ₹3 per share on June 23 this year and a 75% second interim dividend of ₹1.50 apiece on July 28.

Asked whether Hexaware’s offerings around automation and cost savings were seeing interest from clients, he said, “Economic activity has fallen dramatically and nobody expects it to return to pre-Covid levels any time soon. So people would cut costs and that too in a sustainable way. We have had 11 years of economic expansion, and in an expansionist mode, automation and cost saving are interesting, but it’s not a critical priority. That will change now. It’s no longer an expansionist economic vision. It is very much going to be cost-control focus for some time. That is the most important conversation we’re having with our client.”

“One area we are focussed on is the improvement in software delivery efficiency, including fixing overruns in fixed price managed services. The second is creating skills systematically. We had become more reliant on hiring than we should be. Any time we hire versus create a skill, there is a material difference in cost.”

The third initiative looks at fixing the middle of the workforce pyramid. In the context of agile, the role of a project manager is questionable at best. The development we do has changed probably 80% to digital and agile methodologies and yet our structures haven’t kept pace,” Mr. Srikrishna said.

Committee set up to deliberate on minimum marriage age of women: Modi