Data | Hunting in pairs: a look at the best bowling partnerships in Test cricket 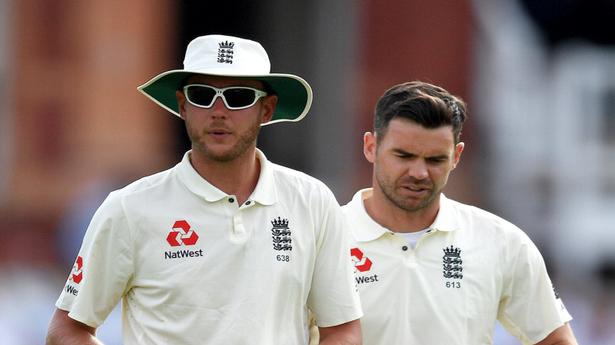 The Anderson-Broad duo ranked joint second in the list of bowler pairs with 895 scalps between them in games played together, pointing to their enduring excellence. In terms of lethality as a duo, Pakistan’s Waqar Younis and Wasim Akram were a cut above the rest.

Best of the lot

Among pairs with at least 500 wickets, the Australian duo of Glenn McGrath and Shane Warne have picked up 992 wickets bowling together, the highest. Waqar and Wasim were the most lethal, picking a wicket every 45 balls while playing together. The pair also contributed equally, having an almost even share of wickets.

The chart plots wickets picked up by a duo against their combined strike rate. Broad and Anderson are well within the cohort of duos who picked up most wickets, and did so with a low strike rate.

Vernon Philander and Dale Steyn had the best strike rate among pairs with at least 200 wickets. The table lists duos who picked up a wicket within 50 deliveries while playing together. Pace bowling pairs dominate the list.

Also read: Data | A look at the West Indies cricket team’s test record over the years

India’s Ravichandran Ashwin & Ravindra Jadeja have the second highest tally per game when they play together (10.24 wickets per game behind the Rangana Herath – Dilruwan Perera duo for Sri Lanka). Here’s a look at all such pairs who picked up at least 200 Test wickets while playing together and more than 9 wickets a game.