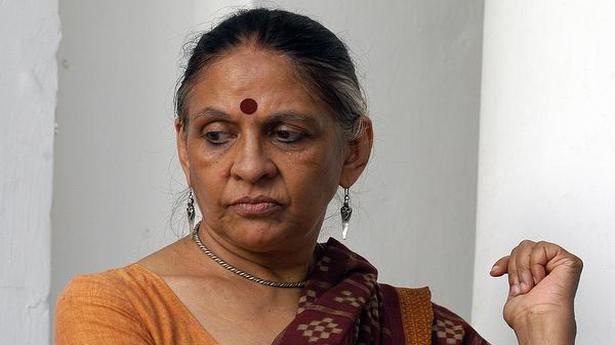 A day after the Delhi High Court issued a stay on the four-year jail term given to Jaya Jaitly in a corruption case involving a purported defence deal nearly two decades ago, the Congress on Friday cited her conviction in a special CBI court to rake up the Rafale fighter jet deal.

Addressing a virtual press conference, Congress spokesperson Jaiveer Shergill said the verdict in the Jaya Jaitley case highlighted the need to investigate the truth of the Rafale deal and proved that “truth needs to be investigated and is not what the BJP says.”

“The capability of Rafale does not give immunity to BJP from accountability on the issues of inflated costs, bypassing of rules and regulations and giving preference to a “zero experience private player over a Public Sector Undertaking,” Mr. Shergill said.

The Jaya Jaitly case related to a sting operation conducted by news organisation, Tehelka, in which the former Samta Party chief and former BJP chief, the late Bangaru Laxman, were accused of receiving bribes to influence a defence purchase when Atal Behari Vajpayee-led NDA-I government was in power.

Former Congress chief Rahul Gandhi had launched a relentless campaign against the Modi government over the Rafale aircraft deal and alleged corruption. “Congratulations to Indian Air Force for Rafale. Meanwhile, can GOI [Government of India] answer: 1) Why each aircraft costs ₹1670 Crores instead of ₹526 Crores? 2) Why 36 aircraft were bought instead of 126? 3) Why was bankrupt Anil given a ₹30,000 Crores contract instead of HAL?” asked Mr. Gandhi on Wednesday.

Answering a separate question with regard to the proposed visit of the Prime Minister to Ayodhya for the Bhoomi Pujan of the Ram mandir, the Congress spokesperson said, “The Indian National Congress whole heartedly welcomed and welcomes the judgment of the Honourable Supreme Court paving the path for the construction of the holy Ram Mandir. The decision regarding the participants and the methodology, solely rests with the trust and the concerned individuals, who have been invited to participate on this holy occasion”.

Each degree rise in heat index led to 187 MW increase in power demand:...

COVID-19: Optional exams to improve performance in Class 12 boards to be held in...