The central government is ready to give any assistance the state requires, Amit Shah said.Twitter Almost every news channel on Sunday, August 9, flashed as...
Read more
Featured

@Shrey_student on Twitter Due to all the political debate and the backlash against China and Chinese-made goods, soon we will be seeing Indian-made products in...
Read more
Featured

Air India crash. Indian investigators on Sunday began examining the black box of a that overshot a runway on its second attempt, killing 18 people...
Read more 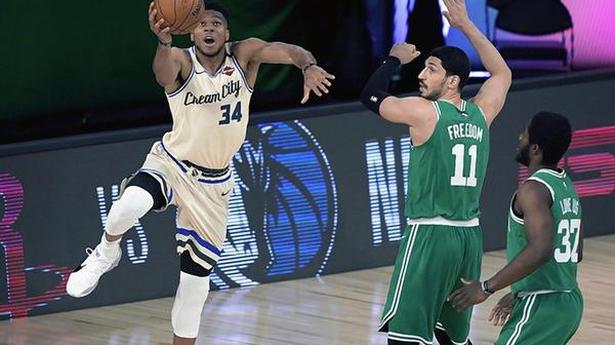 Giannis Antetokounmpo shook off the rust of a long lay-off by scoring 36 points to power Milwaukee Bucks to a 119-112 victory over Boston Celtics in their first game of the NBA’s restarted season.

In another game, James Harden scored 49 points and Houston Rockets out-gunned Dallas Mavericks 153-149 in a high-scoring Western Conference contest that went into overtime.

Antetokounmpo remains on track to become the NBA’s first back-to-back MVP since Stephen Curry in 2015-16. Heading into Friday’s game he was averaging a robust 29.6 points, 13.7 rebounds and 5.8 assists per game this season. It was his 19th straight double double, matching the longest streak in the league this season which also belongs to him.

For the Rockets, Harden scored 23 of his game-high 49 points in the first quarter and Russell Westbrook chipped in with 31 points for Houston after arriving late to Orlando because he tested positive for the coronavirus.

PM Modi to present new outline for a self-reliant India on Aug 15: Rajnath...