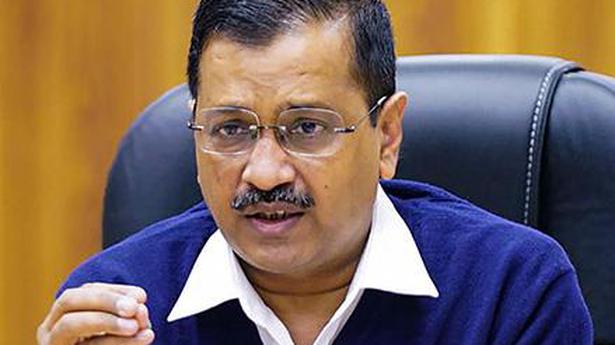 We will provide an honest political alternative to the people of the State, he says

The Aam Aadmi Party (AAP) will contest the 2022 Uttar Pradesh Assembly elections to provide an honest political alternative to the people of the State, Delhi Chief Minister Arvind Kejriwal, in his capacity as the AAP’s national convenor, announced here on Tuesday.

The development of the State, he alleged, had been held back because of the “dirty politics and corrupt leaders” of the State. While the people of U.P. had reposed their trust and faith in every party, each had stabbed them in their backs.

“Today, there is only one thing lacking in the politics of U.P., which is honesty and intent. This is what AAP has. It is with this honesty that the AAP has transformed Delhi. We proved that the governments lack not money, but the intent,” Mr. Kejriwal said.

“We created a party out of a Jan Andolan, we never in our dreams imagined that we will get so much love, support, and trust from the people. In these 8 years, the AAP has formed government in Delhi thrice and has emerged as the main opposition party in Punjab,” he said.

Since the time the AAP government was formed for the third time in Delhi, Mr. Kejriwal said, many who belong to U.P. and residing in Delhi came to him and requested that AAP should fight elections in U.P. too.

“Why do the people of U.P. travel to Delhi for every major and minor facility,” he asked.

“While the people of U.P. looked towards the Capital for everything from good academic institutions and health establishments, there was no reason why they should suffer long cuts or pay hefty power bills when the people of Delhi receive 24-hour hour supply and get free electricity,” the Chief Minister said.

Meanwhile, hours after Mr. Kejriwal’s announcement, the U.P. government called him an inefficient administrator and a habitual liar .

The barbs from Uttar Pradesh Minister and government spokesperson Sidharth Nath Singh on Tuesday were in reaction to the AAP leader’s criticism of the BJP government in U.P. “He is a habitual liar while his inefficient administration skills have been exposed thoroughly, especially during the COVID-19 crisis,” the Minister said.